The Connecticut State Library is proud to be a collaborative partner in the “Voices of World War I” project which features human-narrated audio versions of historic documents in the Connecticut State Library’s collections and recorded by Connecticut Radio Information System [CRIS] volunteers. The project also includes the development of new technologies to render hard-copy historical documents into accessible formats for individuals with print disabilities. The new technology tools were developed by our other project partner, IDEAL Group, an Ohio-based company that makes accessible mobile applications for people with disabilities.

Thousands of people in Connecticut are blind or have difficulty reading traditional print, meaning that they have limited access to historic primary source records and documents, something most researchers take for granted. CRIS Radio, the Connecticut State Library, and IDEAL Group collaborated on this pilot project, funded in part by a grant from the National Historic Records & Publications Commission (National Archives), to develop a first-of-its-kind service for providing access to historic records and documents with human-narrated recordings, especially for those who are blind or unable to read due to other print disabilities. A primary project goal was to provide the same access to primary source documents that other students, researchers, and citizens enjoy but that are otherwise difficult for those with vision or print disabilities to discover, use and evaluate. Another goal was to develop technology that will allow archivists, teachers, librarians, and researchers to more easily provide greater accessibility to their archival records and historical documents.

More than I00 historic documents and archival were selected from the Connecticut State Archives’ extensive collection of World War I materials to be narrated. These documents included first-person accounts of the war gathered from diaries, letters to home, and questionnaires completed by servicemen and women upon their return to the United States after the war. The human-narrated audio recordings bring to life the thoughts and experiences of Connecticut residents and service personnel during  and after World War I. Additionally, the project recorded government-produced pamphlets, such as “Cutting Your Meat Bills with Milk,” and on Americanism by “being neighborly with immigrant families.” Newspaper articles about the war and the war effort were also narrated.

The recordings and new technology tools are available on the Voice of WWI webpage on CRIS Radio’s website .  Details about the technology developed for this project will be updated on the website during the next several months. The State Library continues to work with CRIS Radio and IDEAL Group to develop the project from a pilot into a service to aid researchers and students with print disabilities who wish to access the State Archives. 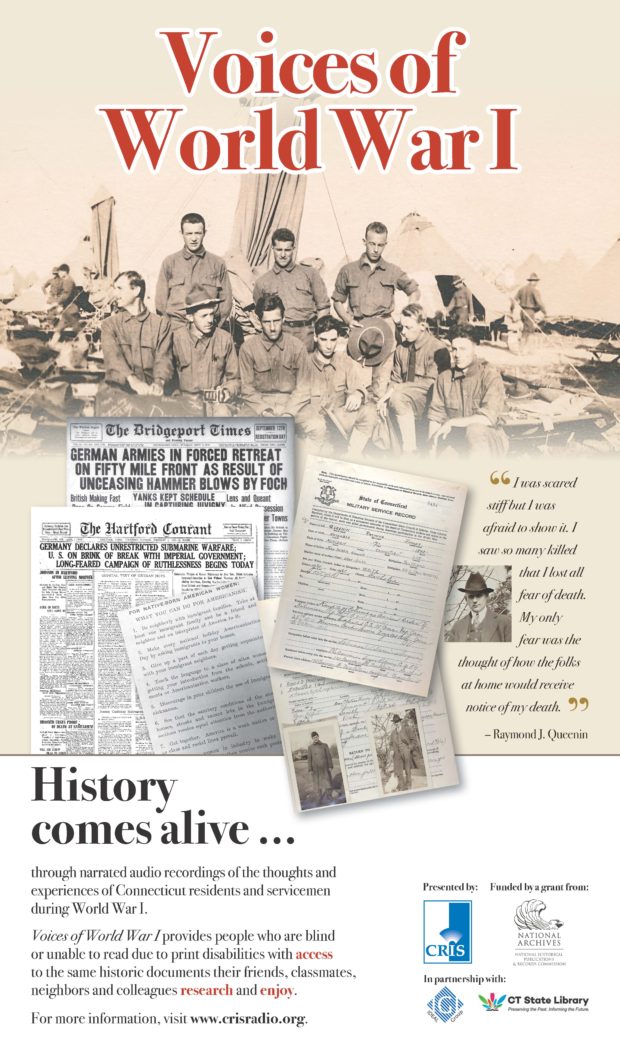 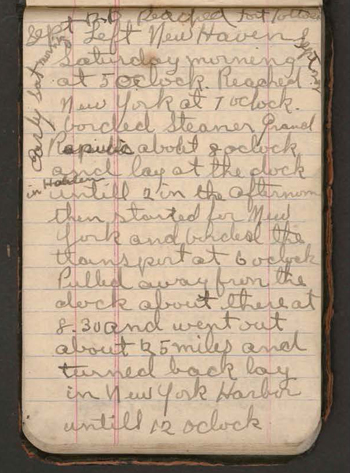 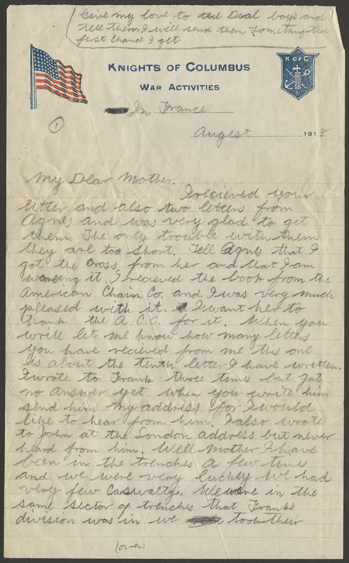 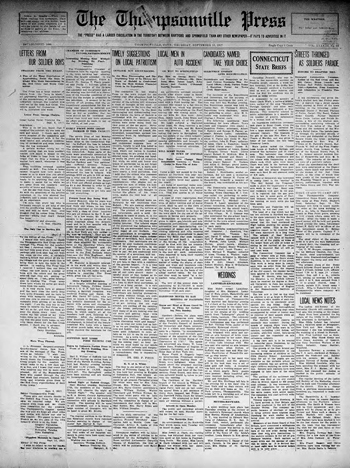 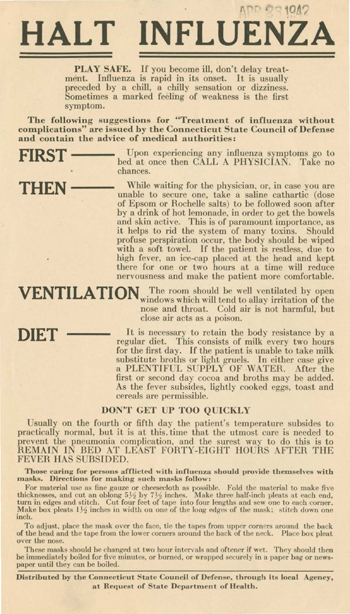 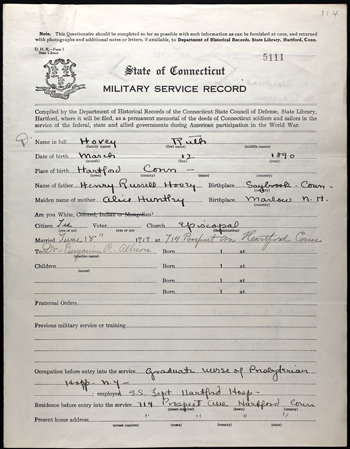