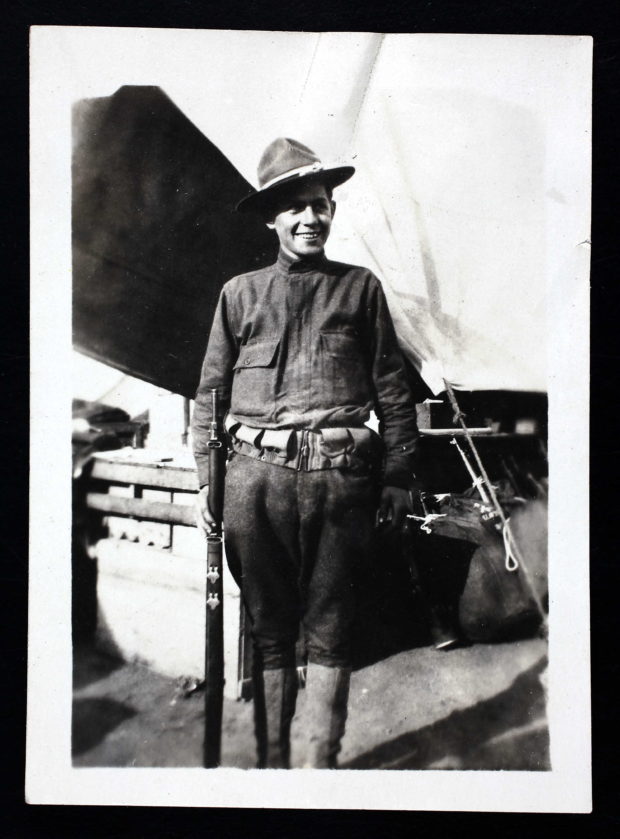 Healey, in an undated photo his mother submitted to Connecticut’s Military Questionnaire after the war.

Abigail O’Keefe, a journalism student at Southern Connecticut State University, reported this story as part of Journalism Capstone coursework on World War I.

Though Healey’s service record states he was 18, a post-war survey filled out by his mother states he was only 14 when he enlisted in New Haven’s 102nd Regiment.

He is one of five soldiers listed on the East Haven World War I monument who died in action during the war.

Healey’s mother, Catherine Egan, listed his birthday as July 27, 1902. He was killed in action at the Second Battle of the Marne less than a week before his 16th birthday. 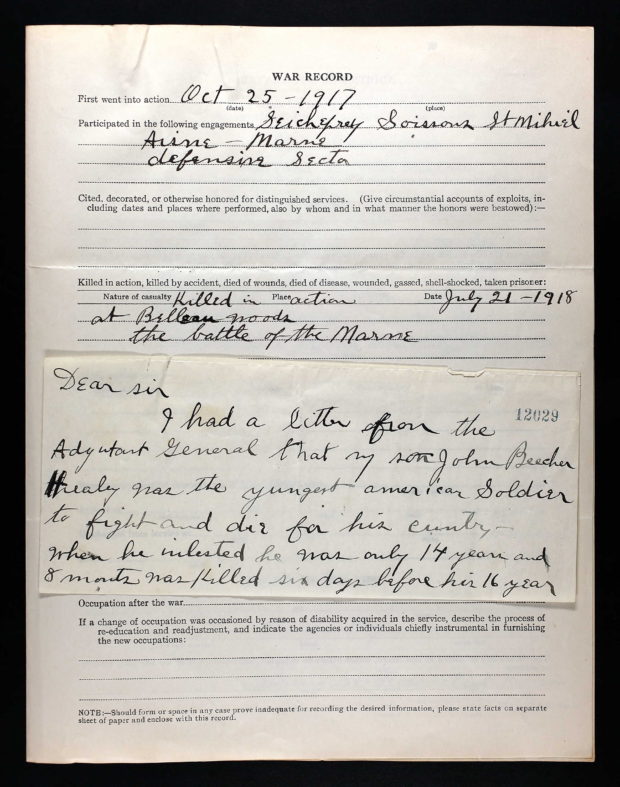 Healey’s mother attached a note to the Military Questionnaire she returned to the state after her son’s death.

The newspapers of the time also commended Healey’s bravery. He was the youngest soldier in the 102nd Regiment.

According to a letter his mother received from a general, he may have been the youngest American soldier to give his life in the Great War.

In an article with an unknown date, the local paper spoke of Healey’s “great size and robust appearance” helping him pass the physical exams needed to enlist.

His mother also consented to his enlistment because he “threatened that if she refused he would run away to New York and give his age as sufficiently high to get into the service.”

These men are listed on a copper plaque, located in the center of a large granite headstone monument, one of several on the town’s historic green. The WWI monument was erected in 1919, just after the war had ended.

Bartlett is known for being the first soldier to die from East Haven in World War I. The American Legion post on Thompson Avenue is named for Bartlett.

Bartlett was called a “war hero” in historical records. Bartlett was one of 12 East Haven men who departed with the 103rd Machine Gun Battalion in October 1917. He was the only one from that group who “made the sacrifice,” on April 27, 1918.

His body, along with four others, was returned from France for a proper burial after the war. His funeral was hosted by the American Legion.

The East Haven Historical Society works to preserve the stories of veterans.

David Campbell, a volunteer for the historical society, located in the old high school on Tyler Street, said the preservation of history in his hometown is important. 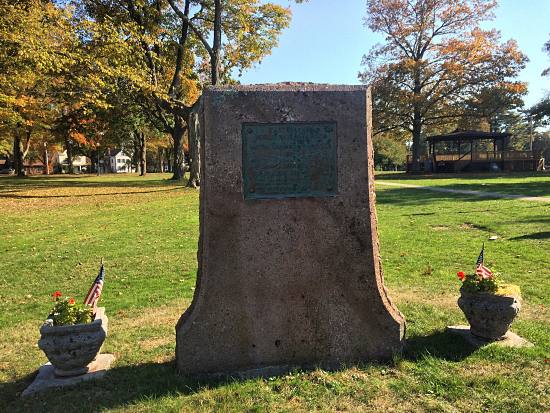 On the town green, East Haven pays tribute to its fallen World War I soldiers with a granite monument. | Abigail O’Keefe photo

The majority of its archives on World War I are comprised of newspaper clippings collected in scrapbooks.

The green contains a monument for those who died in World War II. The recently restored Cannon Monument honors Civil War dead.

To view a list of the names on the monument, click here to open a PDF file.