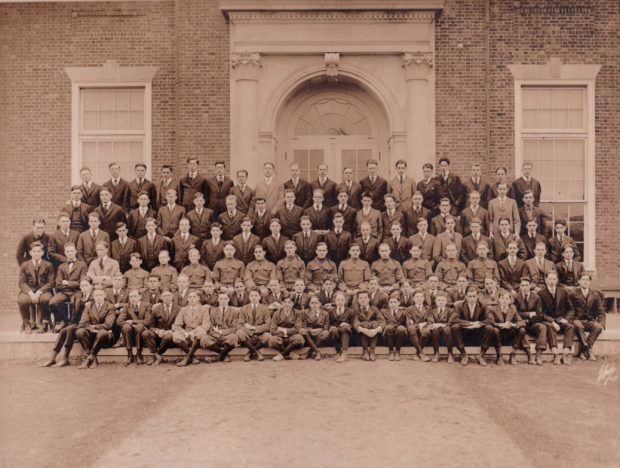 The Loomis School opened in 1914. Twenty-five boarding boys, 12 “day fellows,” five local girls in the Loomis Girls’ Division, and eight students in a part-time cooking class made up the school population. Four decades earlier, five Loomis siblings had founded the vision for the school and recorded their thoughts in an 1874 Charter and numerous personal writings. Education for good citizenship figured prominently in their goals. Founder Osbert Burr Loomis wrote in 1882 that students at the school should “above all, [have] very clear notions of the position and duties of a patriotic, law-abiding citizen of our own Republic.”

The school’s first headmaster, Nathaniel Horton Batchelder, lead the students and faculty with unrivaled vigor and a deep abiding belief in self-reliance, serving the common good, and the importance of a democratic spirit underlying all aspects of the school. Much of the school’s early confidence came from the feeling that these were modern ideals appropriate to a young, progressive school and essential in educating young people to be responsible, 20th-century citizens. 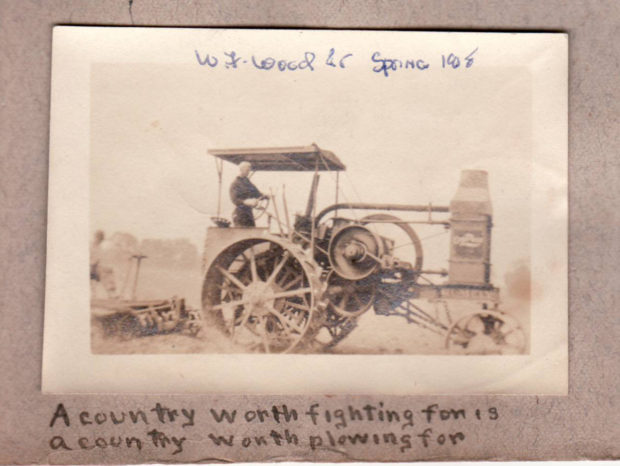 President Woodrow Wilson’s declaration of war against enemy nations in early April 1917 helped to transform the school and its discourse about democracy. The school’s focus on serving the common good was now a patriotic endeavor. Mr. Batchelder observed, “[T]he war makes boys more anxious than ever to be of service [to the school].” Loomis, in turn, did much to help the war effort. The school held war rallies, sold war bonds, held meatless and wheatless meals, and formed a student battalion. In the summer of 1917 a home-front agricultural plan was implemented. The quadrangle lawn and athletics fields were allowed to grow up as grass; the school harvested 45 tons of hay that summer.
Students and faculty raised enough vegetables on 65 campus acres to more than meet the refectory’s produce needs for the next school year. Surplus was sold, and a newly dug root cellar held some vegetables for winter use. The entire school observed Wilson’s proclamation for “a day of humiliation, fasting and prayer” on Memorial Day, 1918. The school’s student newspaper The Loomis LOG reported, “Instead of taking a regular holiday, the students did useful and patriotic service. About four hundred bandages were made and several acres of corn were hoed.” 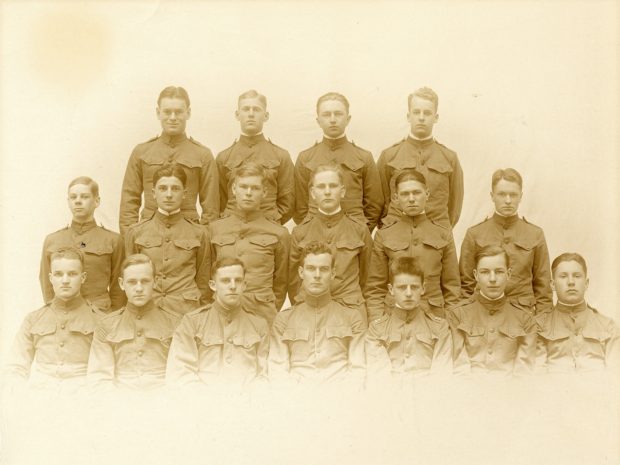 Officers of the Boys Battalion, 1917

While the war years provided a larger context and meaning for the school’s deep commitment to democracy, they challenged the young school, too. A depleted faculty meant greater responsibility on the students’ part. Financial matters, especially rising costs and shortages, lingered even after the Armistice’s signing in November 1918. Mr. Batchelder and Howard Morse, the school’s business manager, reported at faculty meetings from time to time on the importance of “present economies in fuel, food and maintenance.” During the war, students began to take an interest in forsaking school for military service overseas. Despite Batchelder’s fervent belief in defining one’s life with a democratic spirit, and not simply living in a democracy, he nevertheless could not stem his honest desire to protect the boys in his fold. In April 1918 he “spoke [at a faculty meeting] about the motives of boys who go into war service… and recommending a conservative attitude whenever the matter of enlistment comes up.”

Batchelder articulated what he perceived as the highest calling for schools such as Loomis in an address he delivered to fellow headmasters in September 1917. The words of Wilson’s War Message echoed through Batchelder’s. He stated, “When the world shall have been made safe for democracy, it will still remain for us schoolmen to make democracy safe for the world by training up boys who know what democracy means and how to lead.” 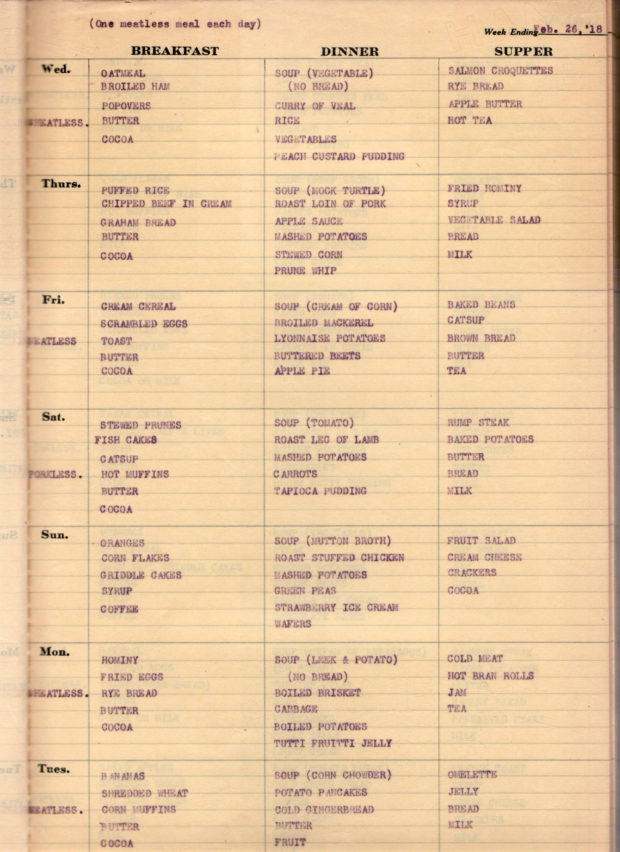